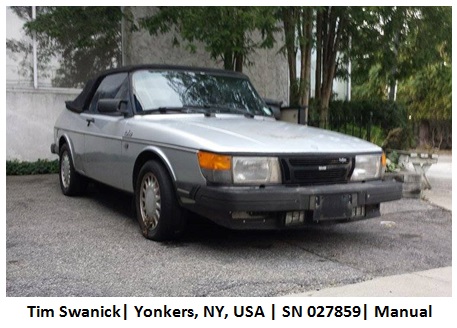 This car has just been saved from going to a scrapyard! The car wasn’t registered until December 1987! Before ending up in New York it has spent time out in Illinois and later Colorado. A friend of Tim’s bought the car, after which it developed a problem (possibly with the hall sensor wiring). When a repair shop couldn’t fix it the car was parked for a few years. Tim, being the current owner, will have it towed over to his place to get it running again.
The car is equipped with Euro headlights and a VDO gauge set in the lower DIN console. Mileage is 125,625
miles.