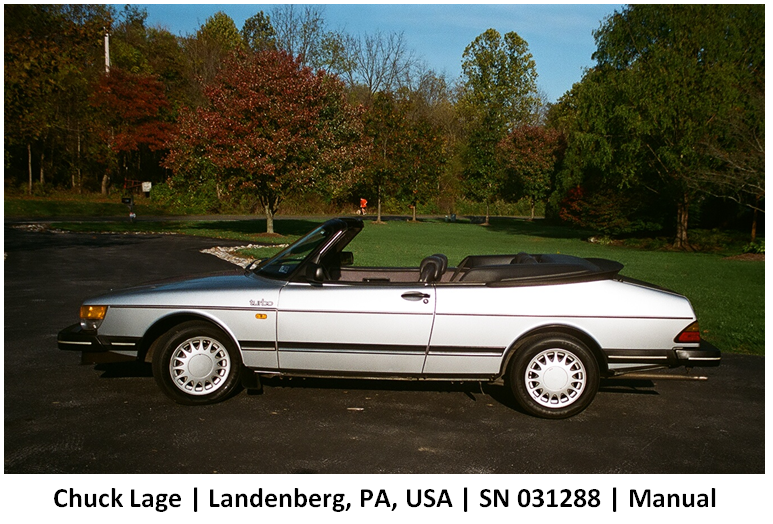 “GRANPAS ’86” resides comfortably in a garage in Landenberg, Pennsylvania. Originally purchased in Cedar Falls Iowa and used as a daily driver in Phoenix, Arizona until 1999 when it was shipped to the owners son in Ohio. GRANPAS relocated to Las Vegas before settling in Landenberg. It has 153,000 miles and except for newly re-built seats and a new grill, it is original. The dash and spoiler look new and the top is still original. It is a cherished family heirloom and bring great joy and found memories of it original owner when it is taken for ride.