The 022196 is one of the first 25 cars to have been produced. The car was bought from the showroom floor in Fort Wayne, IN, USA, by a young attourney, who sadly passed away not to long after that. The SAAB salesman who sold him the car bought it back for his wife and has enjoyed it for quite some time.

In 2011, Ewout and Martin from the Netherlands were daydreaming about what car to buy if thay had to add one to the car park. Ewout showed Martin the 1986 900 convertible, with its slender lines and timeless performance. Soon, Martin was convinced and proposed to go and find one to buy together. After months of searching, there it was: 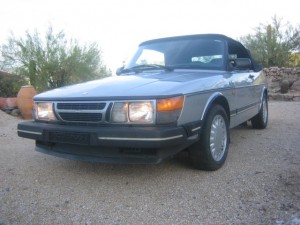 We bought the car unseen (which we later decided never to do again…) and shipped it to the Netherlands. In this video the arrival in the Netherlands is shown:

As you can see, not all went as planned… But what fun we had! We were even tracking the ship that brought the car over on a daily basis: 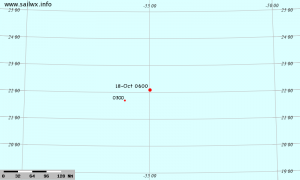 When we got the car in the shed and took the dirty carpet out, we found a business card of the SAAB salesman and got in touch. As it turns out, his family mainly came from the Netherlands. So this car in fact went back to the family’s roots and is now alternately partly restored and driven.

What we found as well was a lot of welding to do. But we persevered and soon, there was a truly nice Fabulous Flatnose that was the instigator of the Register: 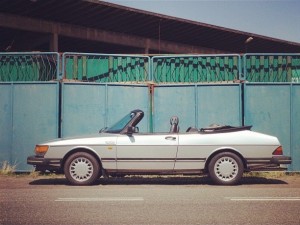