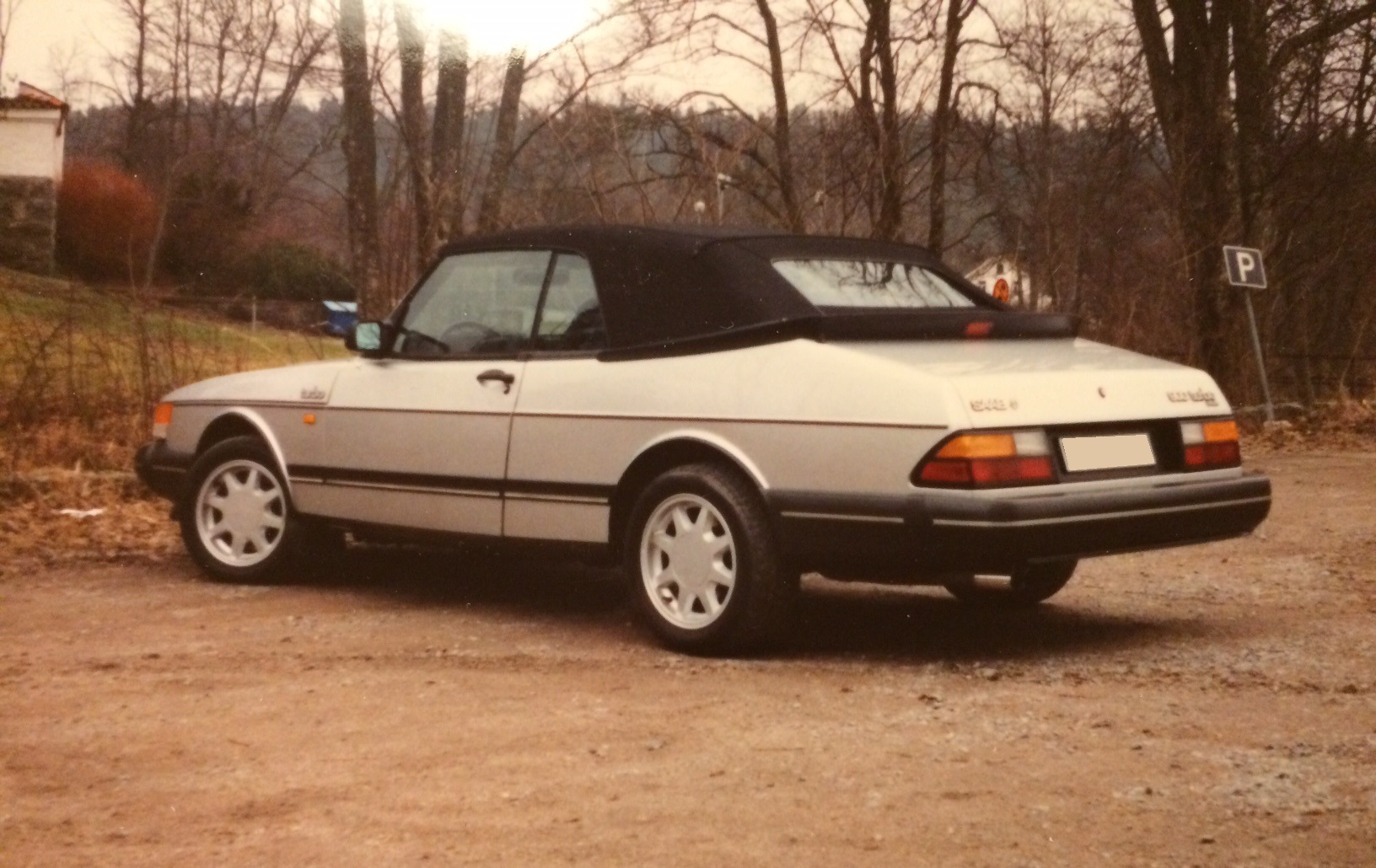 This is the Fabulous Flatnose with serial number 018388. It has register slot #059 and is a rather interesting car in the register.

‘Number 59’ is one of the first 10 production cars that came off the line, built in February 1986, in Finland. This car, however, did not go straight to the USA, but was transported to Sweden, where it became roadworthy later that year. Thus, it was one of the  29 cars that did not go to the United States.

The majority of the (although few) Fabulous Flatnoses that were actually registered in Sweden (like the 012839, 017384, 017973 and 018115 – all early production cars from January and February) have a 900 8-valve injection registration (AB25J-KP) instead of the 900 turbo 16-valve registration, although they do have the 160 BHP 16 valve turbo engine aboard. The same goes for the 018388, that remained Scandinavian all its life and is now owned by Jerry Bergmark from Sweden. 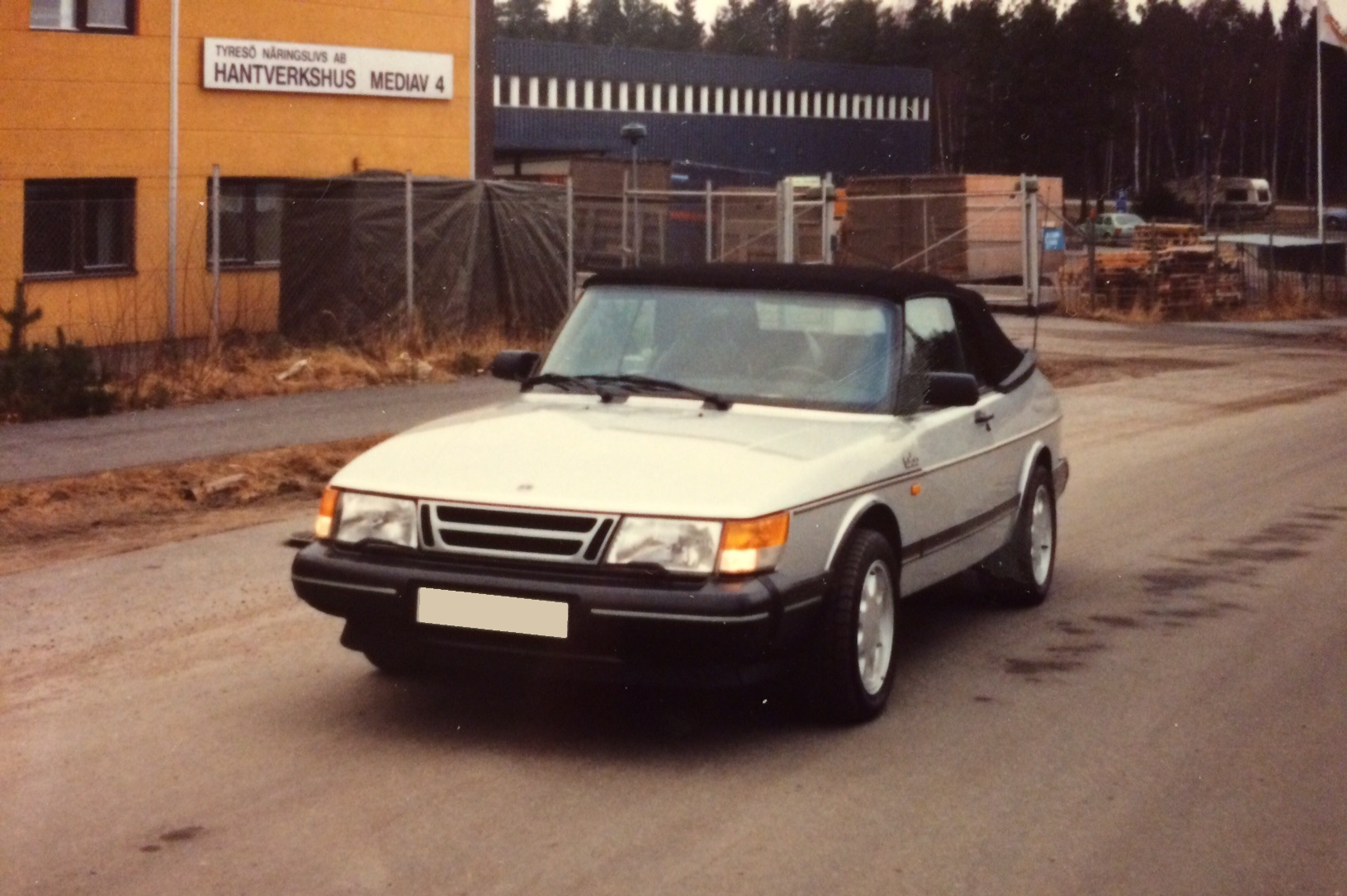 What makes this car even more remarkable is that, as you can see, it has the slant nose instead of the flatnose – which is the primary characteristic of the 1986 model. The explanation for that lies in its exceptional history.

History of the 018388
According to the door jamb sticker, this Fabulous Flatnose was built in February 1986, which is consistent with the serial number 018388 within the range of cars produced. This car was not pre-registered in Sweden until June 26th, 1986. So far, it has had eight owners:

First owner
This car was first owned by the Passenger Car division of SAAB A.B., who used this very car for promotional goals – unclear being which exactly. What is clear is that it was converted to the slantnose model by SAAB. This makes it credible that the aforementioned promotional goals involved not (only) the promotion of the 1986 model but (also) of the 1987 model of the SAAB 900 convertible. Perhaps it is the 018388 that poses for official press photos of the 1987 model 900 convertible (although one can’t help but notice the missing headlight wipers). 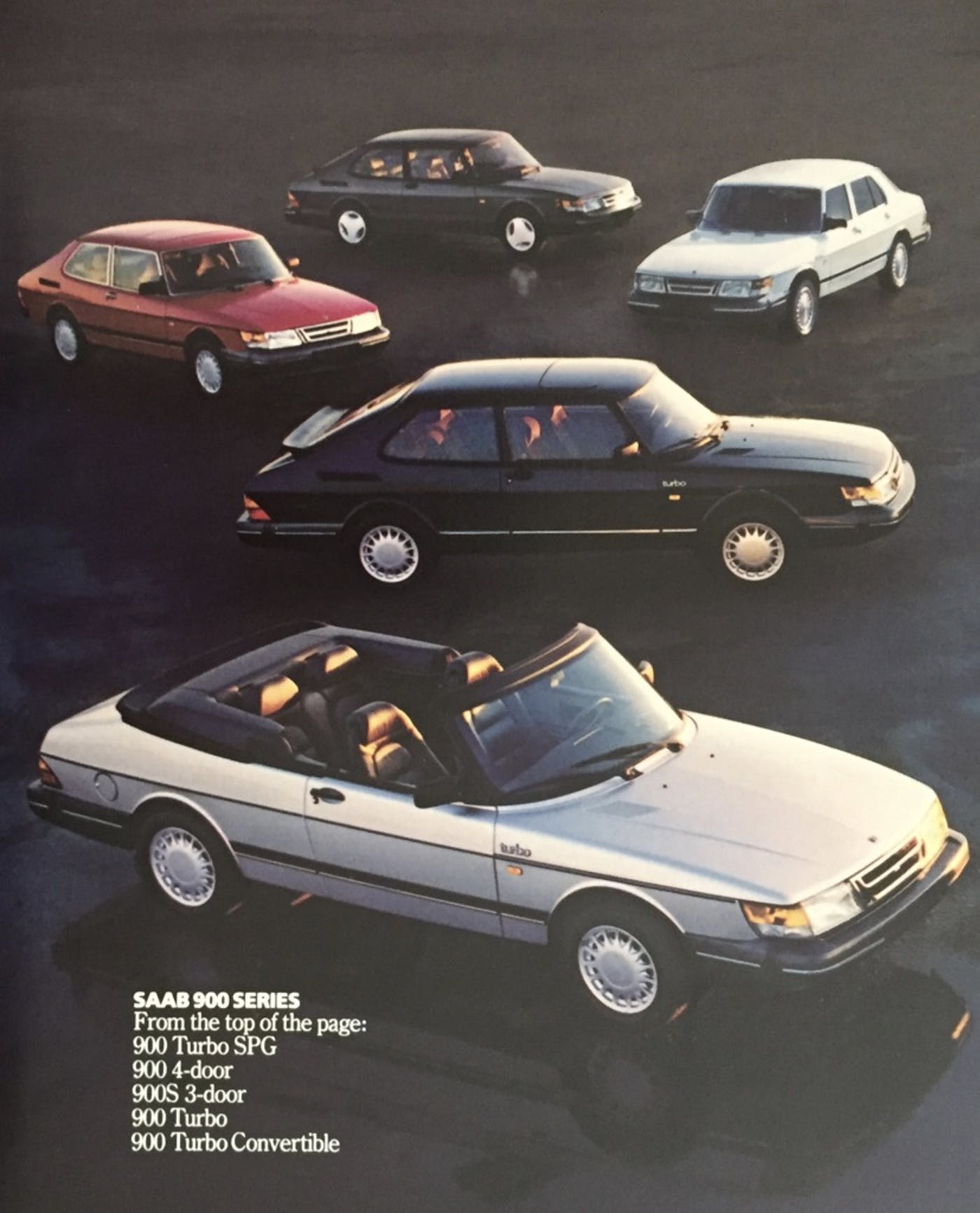 Second owner
The second owner was Jan-Erik Larsson, president of the SAAB ANA dealership from 1981 to November 1988 and who subsequently became head of the SAAB Passenger Car division, as the successor of Rolf Sandberg (until 1990). So, being the president of ANA, he somehow had the opportunity to buy this production car from the 1986-series that had the looks of the 1987 model.

Third owner
The third owner was mister A. from Saltsjöbaden, who had the car from August 29th, 1988, to September 21st, 1989. He is the source for the claim that the car was used for advertising.

Fourth owner
Mister K. from Sollentuna had the car for almost twenty years, until July 1st, 2009!

Sixth owner
The sixth owner was Atrab Autotrading AB from Stockholm, a car trading company that had the car from March 1st 2010 until March 11th that same year, so just over a week.

Eighth owner (current)
Jerry is the eighth owner and bought the car, knowing that it was a 1986 car, but he thought at first that it was a late 1986 car, and thusly suspected a 1987 model range 900. For most people it would be a disappointment to find out the car was in fact of a more antiquated model year than the looks revealed, but in this case, Jerry turned out to have bought quite a rare car instead – with a special history!

Selling advertisement
Here is a pretty interesting selling advertisment, in which the car is offered as a 1987 model 900 convertible with a 1986 registration. 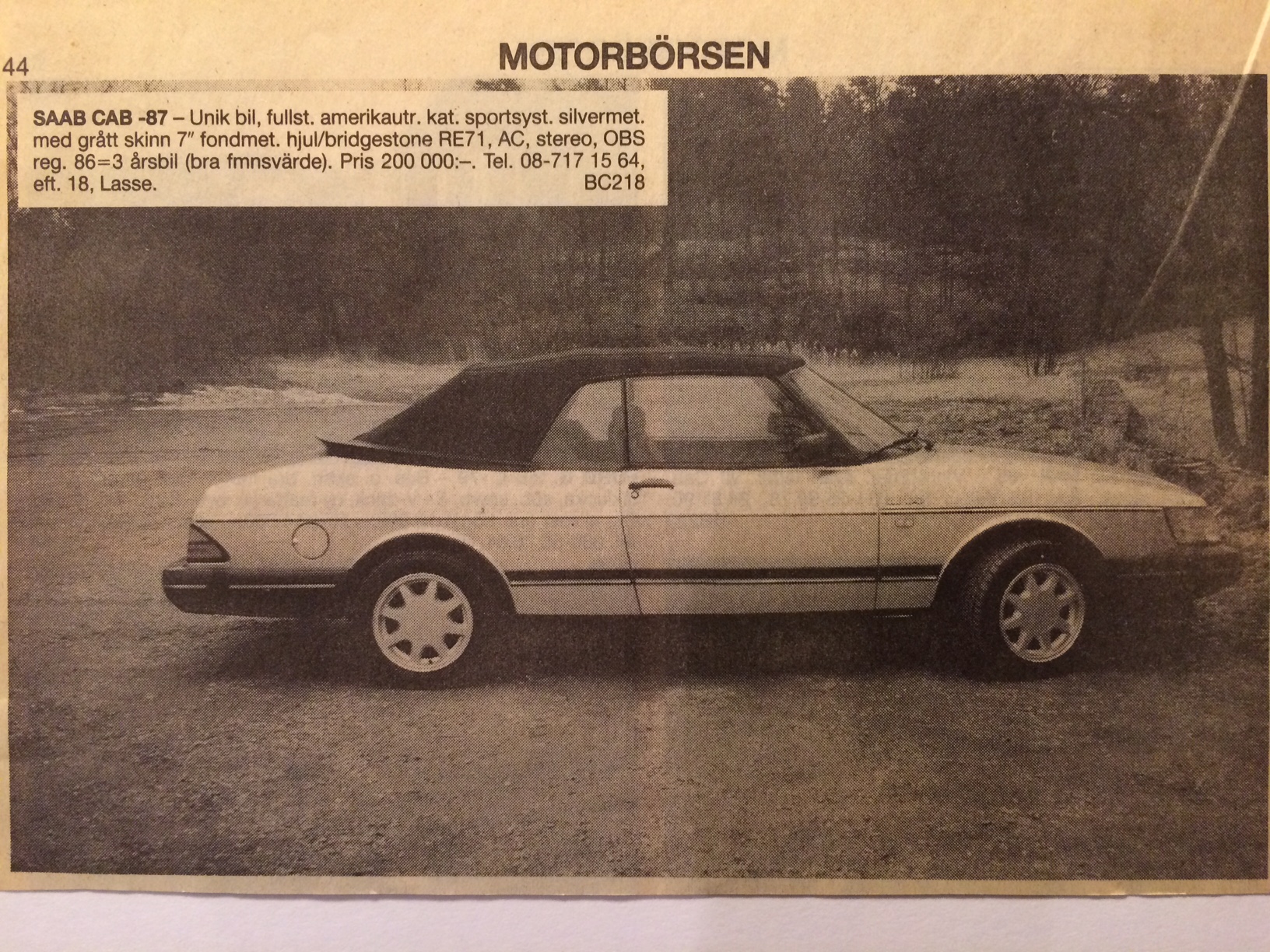 Condition
The 018388 is in normal condition considering age and mileage (little over 110,000). The canvas top works fine but is not too good looking. 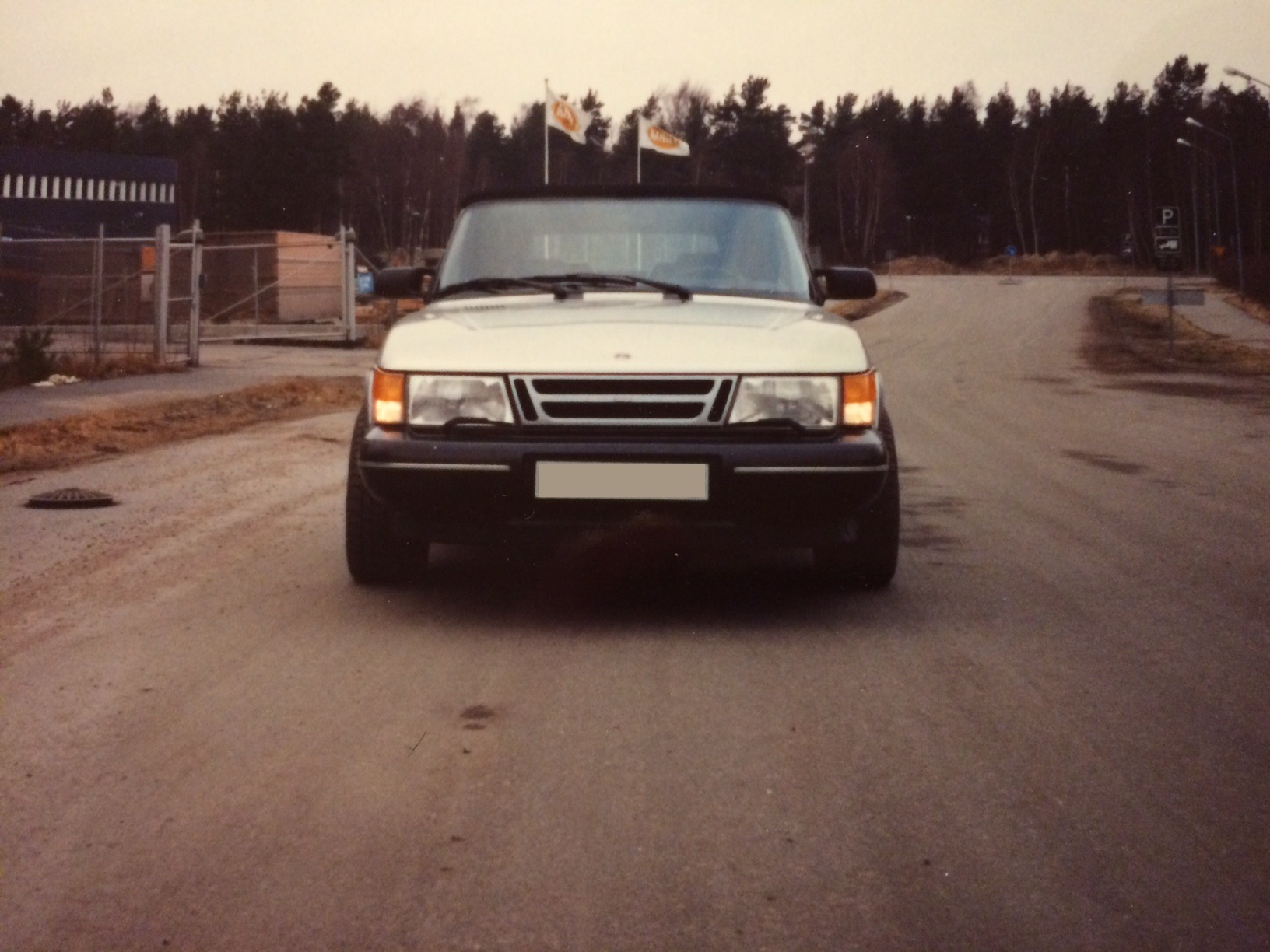