It was in May 2017, that I was searching the internet to find some interesting Saabs 900, a bargain maybe, or a unique car in pristine condition – who knows what you encounter when sitting behind your laptop, looking at the screen?

On Craigslist.org, a rather interesting advertisement came up on the ‘Saab 900’ search: a black 1989 900 SPG, located in Seattle. But is was not this car that drew my attention. Rather, the unicorn peeping behind it made this posting worth an extra look: 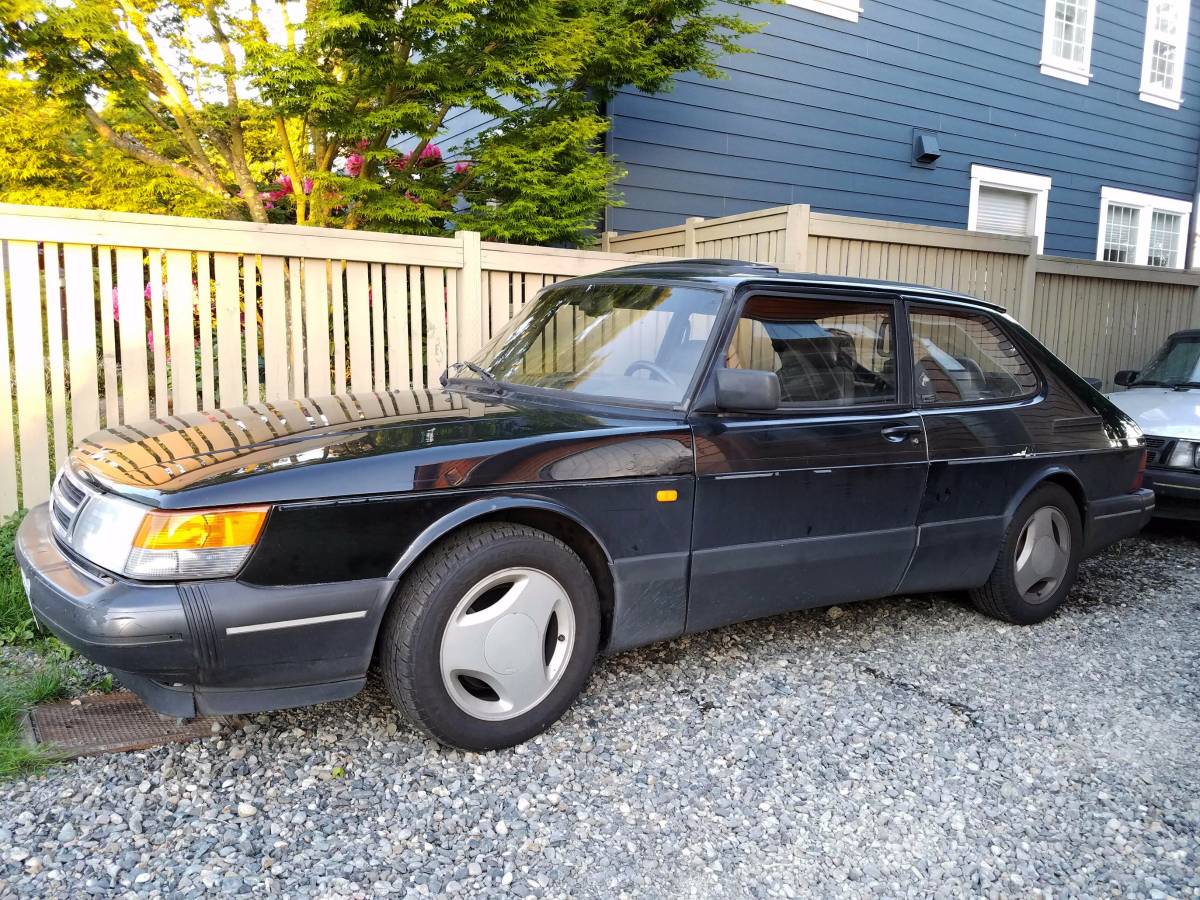 Unmistakably, there was something with a flat nose and a softtop behind the SPG. On behalf of the Fab Flat Reg, I grabbed some guts, wrote the seller an e-mail and awaited response – if any.

*PLING!* – An e-mail found my mobile device and demanded attention:

You are correct and have a good eye to notice. I was trying to keep the photo cropped enough so as not to show the convertible and am surprised that you were able to distinguish the difference from it. [Well, we’re not the Register for no reason..]

I no longer own the car, but I know the new owner wouldn’t mind if I share the information. The VIN starting at the G is G*028644. It currently has 231,216 miles on it and is in operating condition. It has a second used transmission installed, but I have rebuilt the original transmission and will be installing it over the next couple weeks when I have the time. I’ll most likely replace the timing chain and tensioners along with replacing all gaskets and seals on the engine before dropping it back in. At that point, it will be mechanically ready for another
200,000 miles. The best way to get the background on the car, or at least as much as I know personally, would be to go to this thread. I documented the car from purchase until its current state:

Well look at that! A true 1986 convertible was trying to hide behind his young black brother. This 028644 was already in the register, but since the serial number was not known, it was in the ‘unidentified’ section. So for one, we could luckily verify that this car is still existing and being well taken care of: 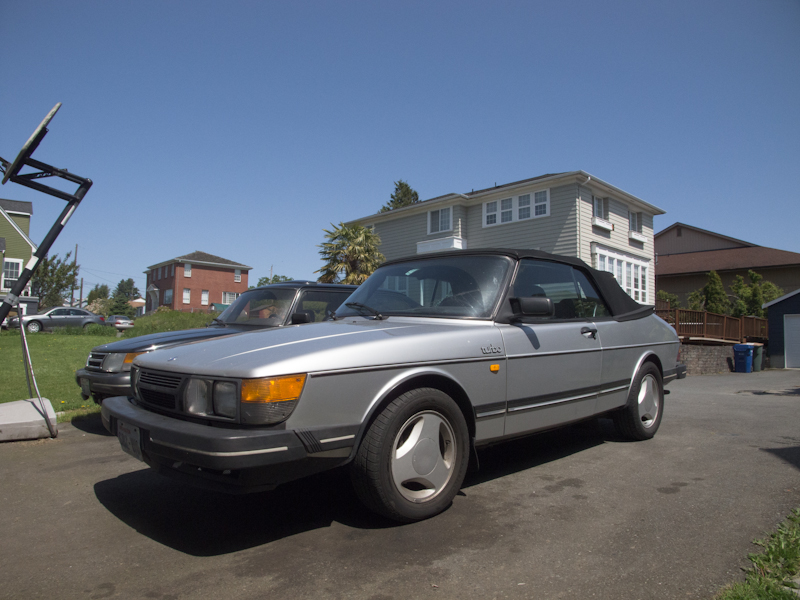 After writing back, we got into an e-mailing conversation in which the seller of the SPG, Mike, nostalgicly thought about his former flatnose and pointed out that he’d see one or two flatnoses around once in a while. One of them, he recalled, stood at a local workshop called Scanwest. Mike didn’t know anything about the car, nor who owned it.

As the conversation grew, Mike apparently fell in love again, because in the following e-mail he wrote:

After you contacted me, a [name censored] also contacted me in regards to the flatnose. I then got another inquiry from a local collector. I decided with all the interest that I should follow up on the others that I know of.

I contacted Scanwest Autosport where, as I relayed previously, one has been for a while now and asked if that ’86 convertible was a customer car or if they had purchased it. It turned out that it was a customer car and the customer had given up on it. […] SW relayed that the customer had donated it to a local charity but could not remember which one if he ever even knew. I don’t know if you have similar charity services over there [in Europe, that is], but here when a older car is donated, it pretty much always ends up being purchased for scrap and crushed.

As luck would have it, your inquiry […] had pushed me to check on it and not a moment too soon. The car was donated a week ago and was going to auction today!

If that isn’t coincidence! This story was growing into something nice…! This car, that was going up for auction, was actually added to the Fabulous Flatnose Register seven days ago! It was the 026790 ad it looked pretty decent: 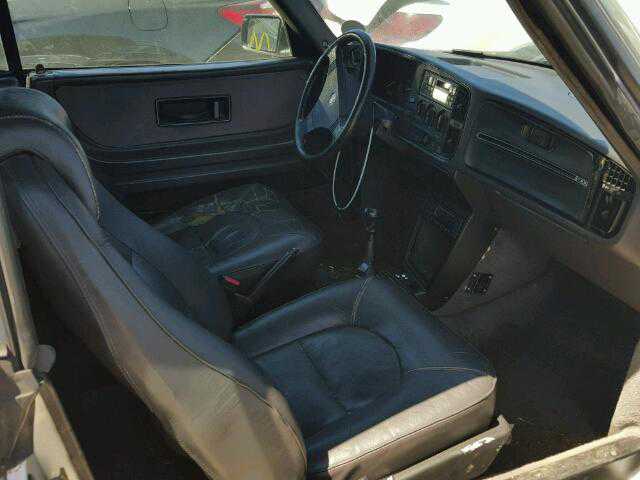 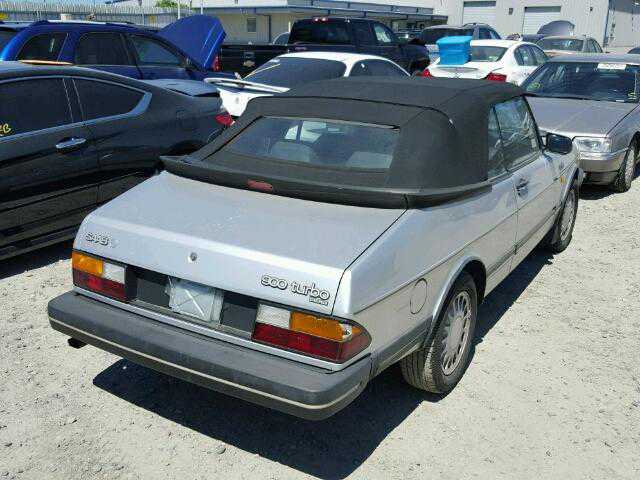 As I wondered about this ‘had to be’-history, I had a look at the other thusfar unidentified flatnoses, and for no specific reason I got to this car that was posted on Instagram in December 2015, and shortly after was saved on the register’s HDD: 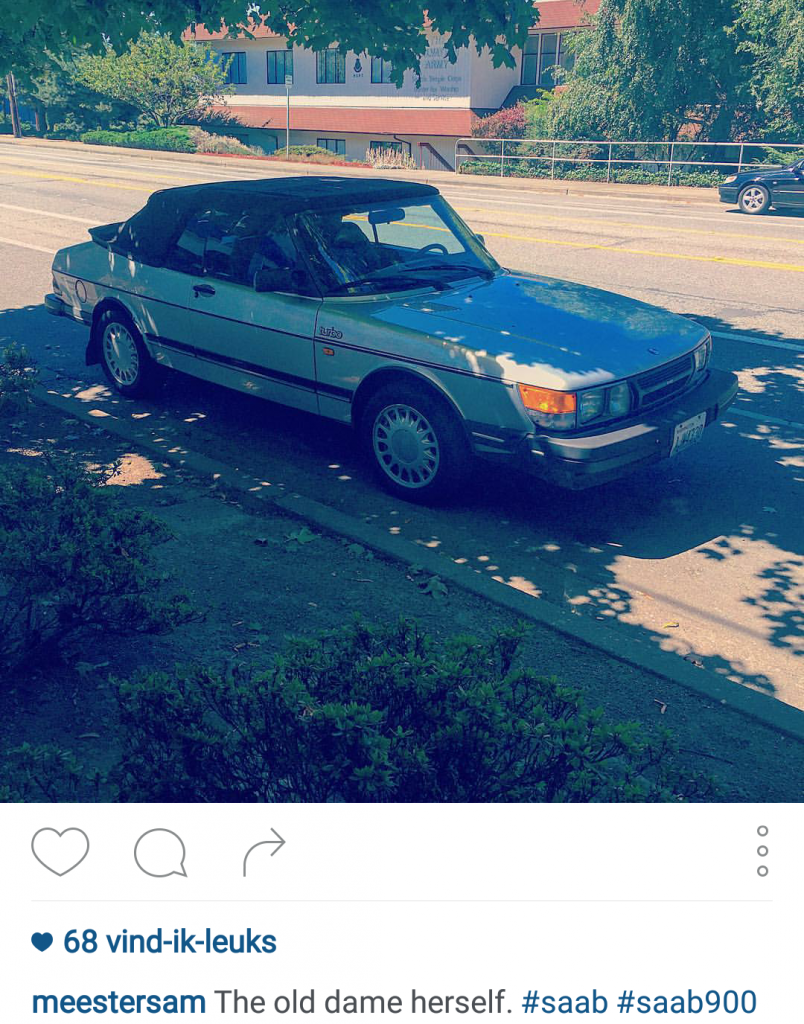 I decided to do some search on ‘meestersam’ and came to find out that ‘meestersam’ is in fact a Scanwest-mechanic. This was the same car that Mike was after!

It is really nice to see what the register can do, both in uncovering a Fabulous Flatnose in an SPG-advertisment and, more importantly, in reviving one’s passion for this particular model, leading to an adoption right before the shredder likely came in. In addition, by means of this short history, two previously unidentified cars were suddenly identified: 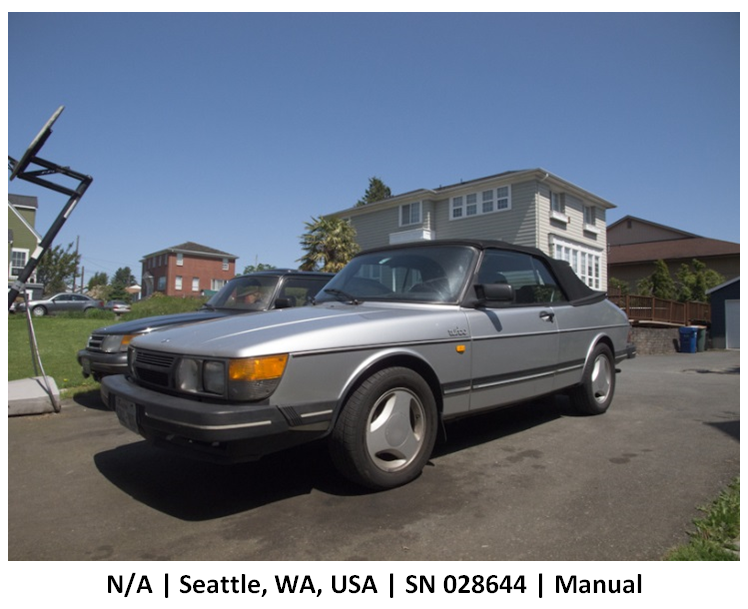 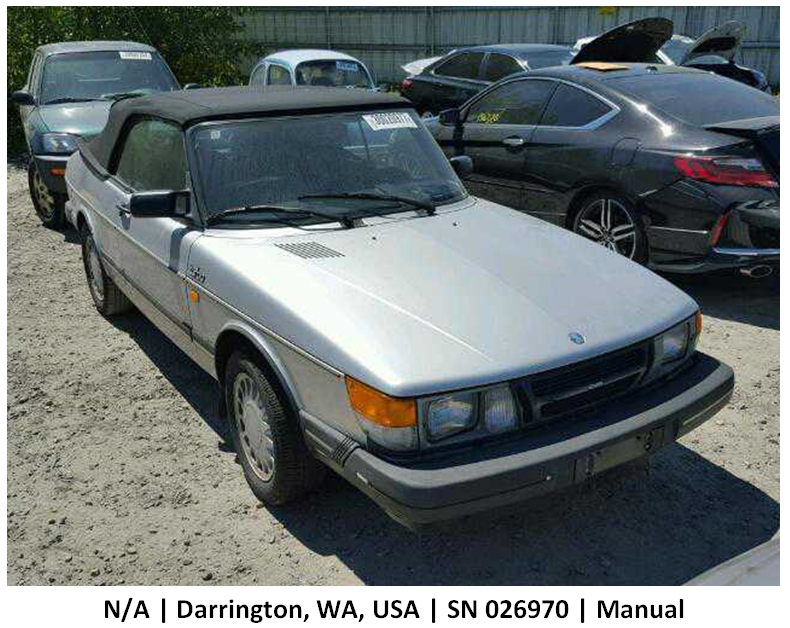 Another e-mail from Mike came in:

I’ll be picking the car up today. […] Scanwest supplied me with a list of service records dating back to 2001 for the car and let me know that the only thing it needs is a starter to be operational.
They said there is minor damage to the rear passenger quarter panel, but I don’t yet know the extent. […] The extent of maintenance that has been performed on the car over the years makes me think it will be a very good car.

Let’s hope this car is worth the effort. I’m sure we’ll be hearing more from both Mike and his new family member…! Take care, Mike! Enjoy this new baby.