Being the prowd owner of a 1986 model SAAB 900 turbo convertible (032342), Gert Jan Gijsbertsen is one of the members of the Fabulous Flatnose register. His car is getting some serious attention in the upcoming weeks, which one can see this article.

Recently, Gert Jan was in Den Bosch, the Netherlands, where his eye caught the silver paint of a SAAB convertible, which looked to be a flatnose. He grabbed his smartphone and took this remote picture of it, because there was a closed fence that locked the parking lot from the roadside. After that he contacted the register to exchange thoughts on the sighting. 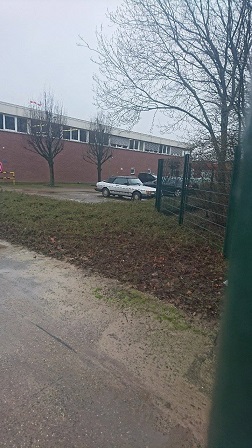 It was a little hard to tell, but our first thought was actually a disqualification of this convertible, because at first glance it looked to be a 900 slantnose. But Gert Jans perserverance led to another visit later that week. And again, there was this silver SAAB in the parking lot. But this time, the fence was open and Gert Jan got to inspect the car a little closer…

…it actually turned out to be a slantnose convertible like we suspected: 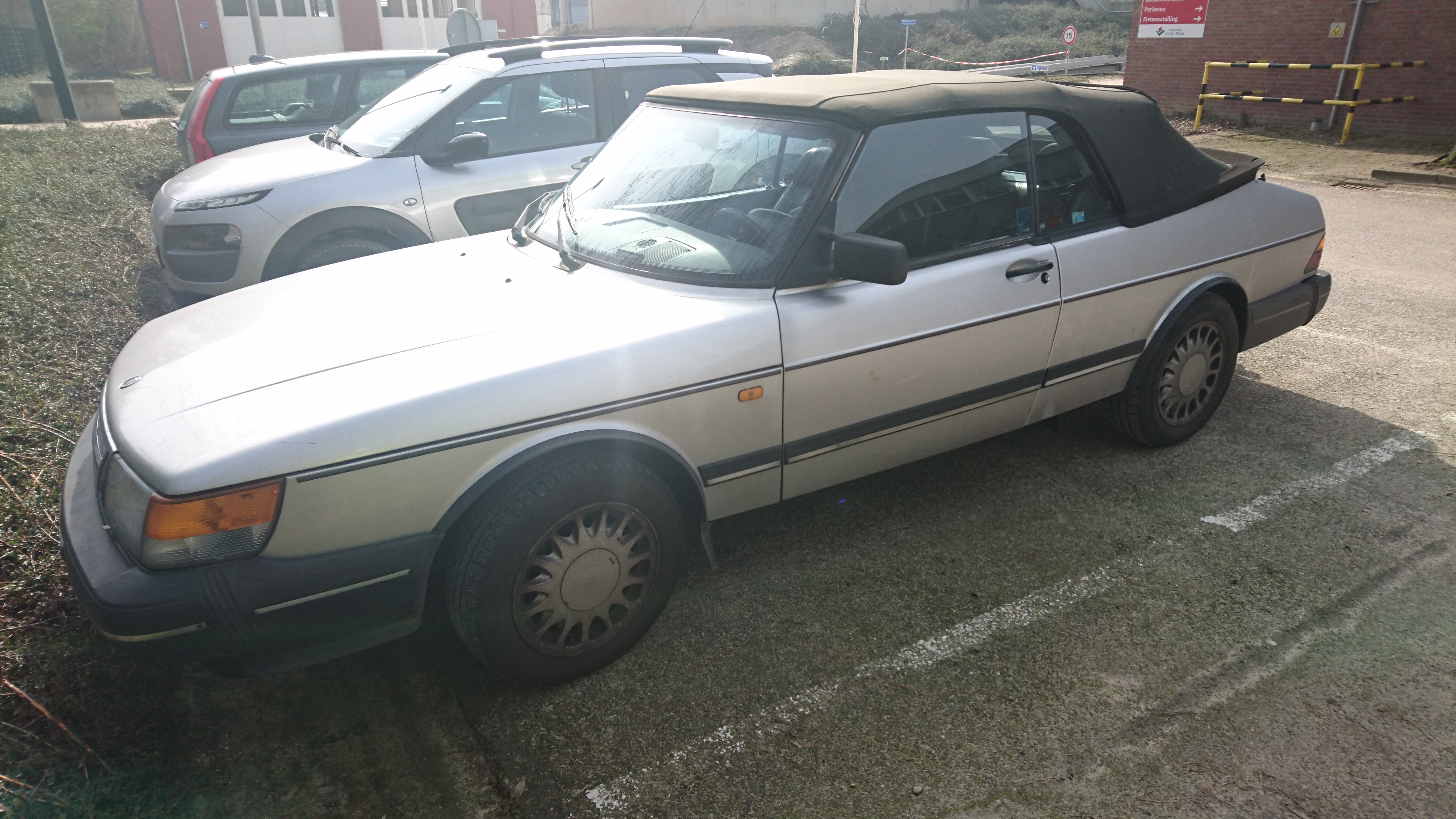 Bummer for the Register.

Albeit… what about that typical band along the side? The Dutch license register was easily checked and told us that this car was registered in 1986. This could mean we were dealing with an early 1987 slantnose model, but just as well it could be a 1986 model flatnose-in-disguise. Only the VIN could provide undeniable evidence… And luckily Gert Jan was fully aware of that, so he took a picture of the VIN. And what about that:

The ‘G’ in the tenth position of the VIN proves that this in fact is truly and really a latent 1986 model Fabulous Flatnose, despite its slantnose looks!

Way to go Gert Jan!! What an instinct this man has…! No Fabulous Flatnose will ever escape the Holmes in Gijsbertsen, I’m sure.

So here we are, looking at the 031581, the newest Fabulous Flatnose Register addition. The ‘6’ in the VIN indicates that this car was originally equipped with an automatic gearbox, but nowadays, a 5-speed manual gearbox is responsible for its power transfer. All in all a great find, this surviving June 1986 flatnose, that will be part of the register and is in fact the eigthieth addition!

With help of Gert Jan we are trying to get in touch with the owner for some more details – or stories! To be continued…?

Thanks to Gert Jan!