The weekly search around the net for Fabulous Flatnose seller ads sometimes results in a lot of unanswered questions. Getting them answered is on of the fun parts of running an incomplete Register. Of course, every time a Fabulous Flatnose turns up for sale somewhere around the world, the serial number and affirmation of the model year are the first two facts to excavate. But not always is a seller able, willing or contactable to give that information.

On boxing day 2015, the following ad was spotted on Craigslist: 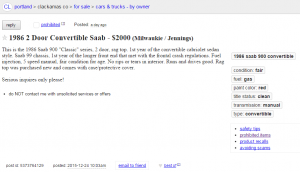 What caught my attention is the fact that the car offered for sale is a red 1986 convertible. In the Fabulous Flatnose Factsheet in the Library you can find out why that would be a rarity. So an ad like this raises multiple questions:

Questions like these make it worhtwhile contacting the seller. I asked about the 10th VIN digit and waited anxiously for the answer…. “An H”, it sounded. Bummer. The car turned out to be a 1987 model year Saab convertible – hence the “1st year of the longer front end” note. So, mystery solved. No Red Flat on the Net.

That same afternoon yet another red flatnose convertible turned up on Facebook, a car from my very own country even: 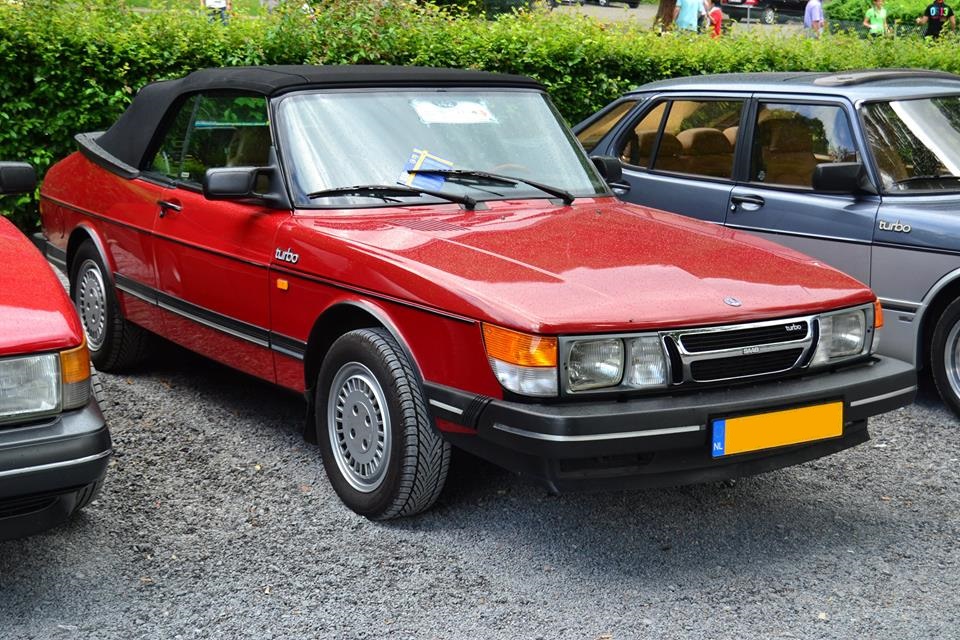 The photos were actually three years old… Once some guy told me he thought there was a red Fabulous Flatnose in the Netherlands, but he knew nothing more. Judging from the license plate, this car has been there since May 2003! Of course, I want to know all about it… So another quest can start: how to find out the VIN to check what we are dealing with? How to contact the owner, when the photograph tells us nothing? Yes, it looks like a cherry red Fabulous Flatnose, which might mean it’s a pre-production car. But the license was first registered (outside the Netherlands) on September 15th, 1986. So that doens’t indicate an early car. Rather, it would suggest a 1987 model year car. Perhaps it was built back to the old looks? But the accompanying comment on the above photo series states “One of the first 400 Saab 900 convertibles”. 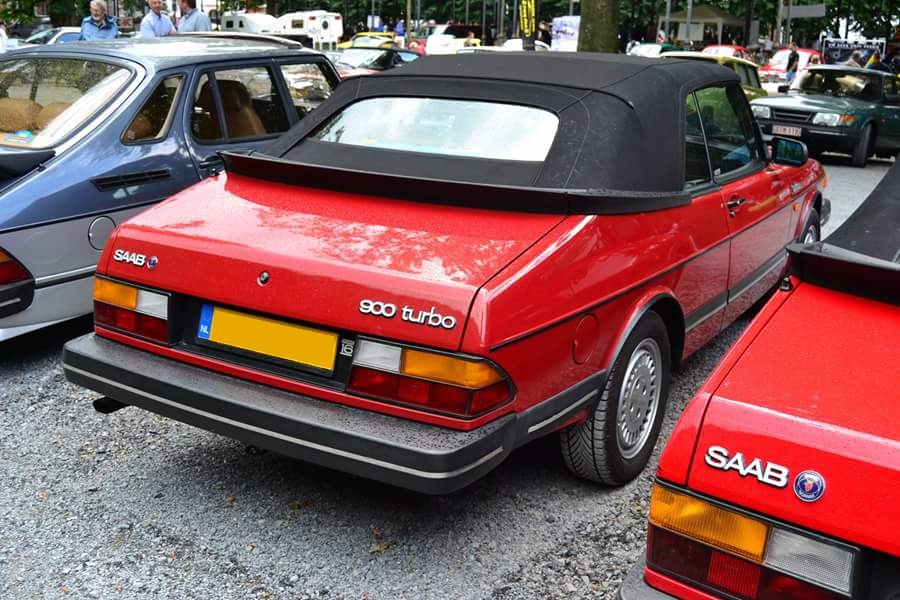 I really need to find this out…